A succinct introduction to these may be found in Robert Whaples and Randall E. This text, a worthy supplement to the editors earlier volume dealing with major macroeconomic events over the past two centuries Parker and Whaples, , is clearly the product of experts thoroughly versed in the recent developments in their respective subjects.

Having marshalled the expertise of a team of scholars, the results of their labours are presented across twenty-seven thematic and topical chapters with much that will interest engaged students and academics alike. Part I addresses the methods of modern economic history, and contains the by now obligatory essay on economic history and cliometrics, followed by commentaries on the new institutional economics, economic growth and living standards, and anthropometric history. Parts II, III and IV range widely across themes, with illuminating studies addressing economic growth and stagnation, individual economic sectors including agriculture, transportation, healthcare, entertainment and sport , and the work force and human outcomes including labor markets, labor unions, education, slavery, and urbanization.

Even allowing for the inevitable degree of brevity, each contribution has its own strengths, and the overall work has enormous value in spotlighting topics and key readings. Many chapters deserve a place on undergraduate reading lists, and would be ideal teaching aids demonstrating how to summarise and synthesise issues and debates associated with a given topic. It is interesting to note in the preface that the editors had sought additional chapters on ageing, energy markets, natural resources, property rights, housing markets, and demographic change but had been unable to convince scholars in these areas to contribute.

This absence in no way harms the quality of the overall work, although it does, as the editors acknowledge, reflect current professional incentives to publish only in refereed journals.

One issue that the book does raise is its relatively static geographic framework. It is a shame that an overly heavy focus on the North America context led many contributors to downplay the great value of the comparative approach. This is particularly sad given shifts in the recent historiography that have emphasised transnational and comparative global processes. An informed reader of these four texts is unable to escape their overall focus of economic history as a sub-field of economics and, by extension, the place of economic history within the social sciences.


What about the situation with regard to the humanities? In the first of these, What is History Now? The editors of Manifestos in History Morgan, Jenkins and Munslow, offer a sophisticated rendering of the character of history in both its present and expected future forms, yet fail to make reference to the case of economic history. In the case of A Companion to the Philosophy of History and Historiography Tucker, , the reader will encounter nothing more substantive than a half page discussion of historical political economy.

A detailed examination of this sorry state of affairs is beyond the scope of this essay, and brief discussion of a couple of possibilities will have to suffice. Given this serious state of affairs, the rejuvenation of economic history within the humanities will be dependent on its ability to engage the attentions of a new generation of innovative scholars.

Sparkling with wit and erudition, the chapter provides ideas that are certainly worthy of reflection. Given its length—less than seven pages—it deserves to be brought to the attention of anyone interested in understand the problems and possibilities of economic history as an academic discipline. Whereas Lyons, Cain and Williamson assessed the development of cliometrics from within the intellectual community of cliometricians, Boldizzoni considers the existential crisis of economic history brought about by the rise of econometric analysis and the institutional development of cliometrics within American Universities.

An outline of the time-old critique of the fundamentalist cliometric model is presented i. The tendency to view history purely through the prism of abstract models, so the argument goes, raises further important methodological issues, ranging from the ease by which investigators can select independent variables in order to condition the results of regression analysis, to the dangers inherent in counterfactual analysis.

Yet the end result is only to present the reader with the usual critical interpretation of the application of theoretical economics and quantitative methods in the service of historical investigation. It is hardly a revelation to say that, since the methodology of economic history is firmly rooted in the methods of economic science, the research programmes of many economic historians have been influenced by the changing structure of economics.

It is useful to briefly compare this point with ideas outlined in the above mentioned study of Kuznets. In that book, the discussion focused on the importance of the empirical tradition and the need to draw historical knowledge back into mainstream economics.

It is interesting to note how, in these two works which, it has to be said, offer significantly varying degrees of detail and presentation , we find differing attitudes, expressed by practitioners in different academic disciplines, concerning the intertwined relationships between economics, history, and economic history. In addressing this, the author has drawn on ideas developed and applied in European historical studies since the mid-twentieth century. Moving economic historians from the oversimplifications of cliometrics through improved training in social, cultural, political, and institutional history.

For example, under point 1 , established criticisms of cliometrics claim that its practitioners have ignored the need to undertake archival research, have missed opportunities to generate evidence from primary sources, and generally have been over-reliant on conveniently published data sets. Yes, there is some truth is such criticisms; but we cannot ignore the numerous cliometricians who have assiduously unearthed and offered scholarly evaluations of primary source material.

Korea’s accession to the OECD: A history

In fairness to the author, the issue presented under point 1 is connected with the act of undertaking archival research, as well as the need to expand the range of primary sources consulted by economic historians in order to avoid repeatedly churning through existing series.

This idea connects with point 4 , and reflects the application of sophisticated quantitative methods associated with the expansion of the quantitative record undertaken by cliometricians from the s onwards. Only by freeing themselves from the useless toolbox of received, neo-classical theory, Kula argued, will economic historians be able to construct their own microeconomics compatible with the empirical evidence being interpreted.

To give just one example, consider the following quote from William N. Parker, For example, recent evidence of moves towards establishing positive and constructive dialogues between the humanities and the social sciences can be found in studies by Beugelsdijk and Maseland , Jackson , De Jong , Hann and Hart , as well as edited collections by Ruccio and Gudeman Could more also be done, for example, to integrate new ideas from the humanities into the study of economic history?

One possibility may be to consider those approaches that, in recent years, have reinvigorated political history. On this level, the book can be read with no loss of interest or enthusiasm. In substance, however, the work offers relatively little that is radically new either in spirit or ideas. In emphasising the historical method and the relationship between the humanities and social sciences, Boldizzoni draws on the philosophy underpinning the German historical tradition. The shadows of Roscher and Schmoller hang over this work, although it is surprising that so little direct reference to either writer, or their schools of historical economics, is actually made in the book.

Drukker: The five texts discussed above are worthy additions to this list. All can be read profitably as complementary studies, and deserve a wide readership amongst scholars across the humanities or the social sciences.

History of the Society

The interviews presented by Lyons, Cain and Williamson serve as valuable oral histories, and are recommended to anyone—friend or foe—seeking to understand both the intellectual agendas of those pioneers of the cliometric endeavour and the sociology of twentieth century economic history. The combined bibliographies of these five books—even allowing for the inevitable repetitions—provide a rich feast, and serve as an ideal starting point for researchers seeking greater insights into these issues.

Overall, these are books that, it is hoped, will serve to stimulate and encourage. Their overall strength lies in the extent to which they force the reader to reflect upon the different aspects of, and approaches to, the study and practice of economic history. In this regard, they succeed in raising more questions than they answer—questions about the need to better understand the sociology of economic history, questions about the complex methodological relationship between history and economics, questions about future research agendas, and so on.

First, given the scope of these texts, it is a little surprising that there was not more coverage of the relationship between economic history and the history of economic thought. Some moves in this direction have occurred in recent years—for example, the highly enjoyable The Clash of Economic Ideas White, —and one would hope that more could be done to assist in further re-establishing links between the two disciplines. A companion volume to that of Lyons, Cain, and Williamson, focused on commentaries by European scholars, would be most welcome although this reviewer is not holding his breath that one will be appearing anytime soon….

A useful perspective on this can be found in a recent contribution by Stephen Broadberry to a special article marking the sixtieth anniversary of the Scandinavia Economic History Review Jones, van Leeuwen and Broadberry, Economic history is a discipline whose core principles possess a powerful human character. 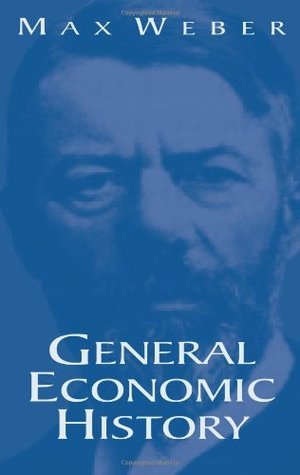 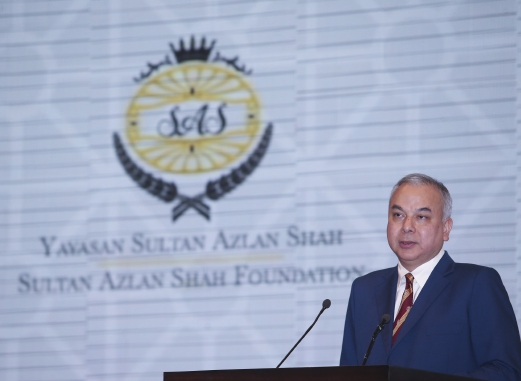 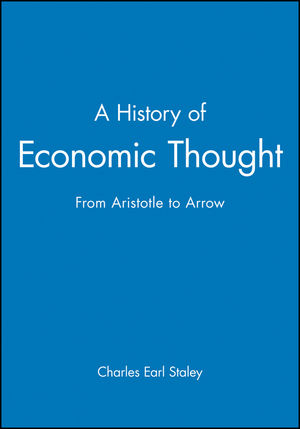 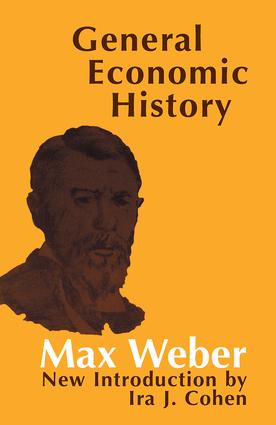 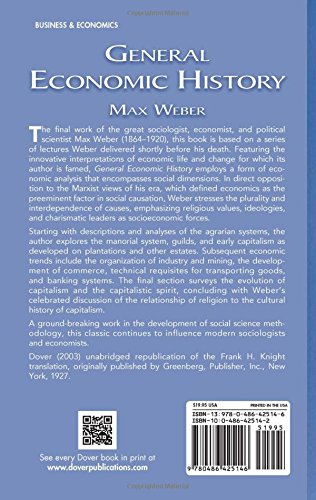 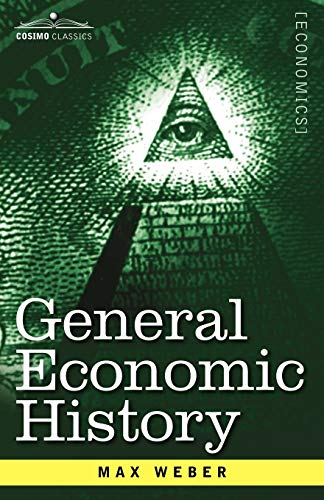